Tony has been a professional singer since he was 15 in all kinds of genres, from acoustic folk to R&B/funk. The old jazz standards have always held a special place in his heart, and he loves singing them. Through the years, Tony has had the privilege of performing for governors, CEOs and many distinguished citizens at black-tie events in the Northeast part of the country.

​Now I live in Williamsburg, and have the opportunity to do what I love most in this beautiful town. It never ceases to amaze me how much audiences enjoy hearing these classic songs that were so well-written, so long ago. It's such a blessing to be able to help keep introducing new audiences to this great music.

John Mason (below) is my accompanist, and we often play as a duo. We also play as a trio, and as a quartet with drums and jazz guitar. We're available in any configuration to suit your particular event, whether it's just for cocktails or for the entire evening's entertainment. 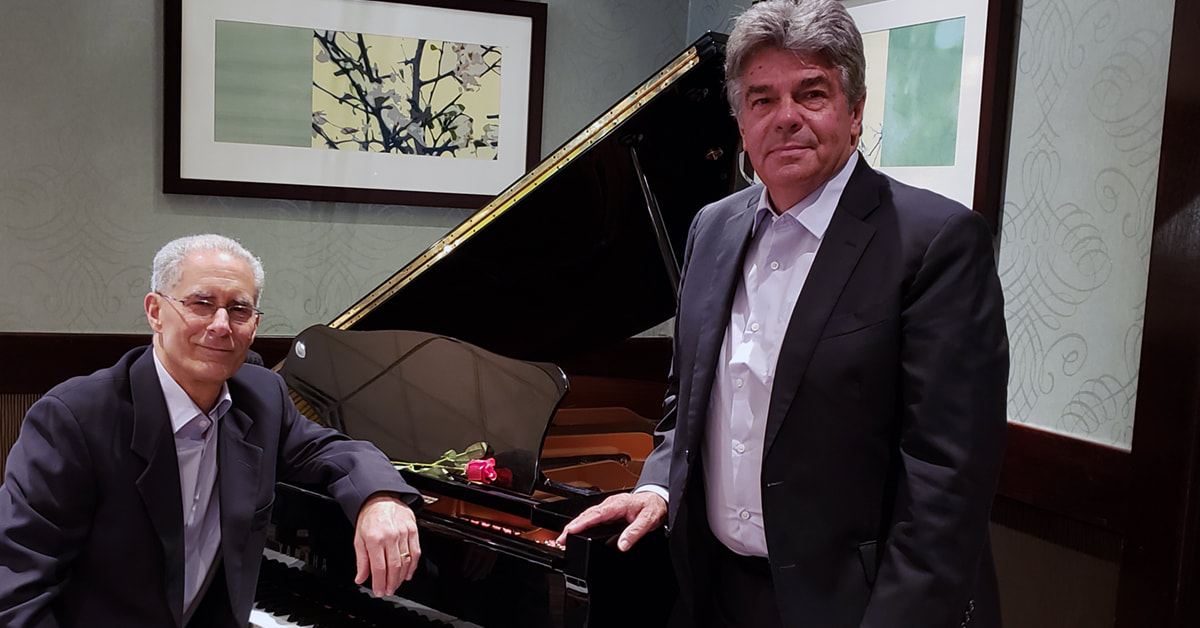 Influenced at a very young age by his ext-door neighbors, John was drawn to music by the sound of an organ and two boys studying the accordion. He begged his parents for lessons well before five years of age, until they finally gave in.

John studied classical accordion for more than 10 years, and won a regional competition in New York in 1970. He was blessed to have attended prestigious Manhattan’s High School of Music and Art. Along the way, he played professionally in small groups throughout the New York City area.

Soon, contemporary music caught his ear and he began playing pop music on piano, electronic keyboards, and synthesizers, and formed his own band that played clubs in New York and New Jersey. He toured the eastern U.S. from Key West to Vermont. His band enjoyed a 10-year contract as full-time entertainers aboard the Spirit of New York and Spirit of New Jersey cruise ships. One of the band’s highlights was performing for a year at the popular Frenchman’s Reef Hotel in St. Thomas, USVI.

Now a long-time resident of Williamsburg, VA, John has performed at Busch Gardens and many local venues, playing solo as well as with groups of up to 10 pieces.  Still going strong, John believes he’s here to make music.
​